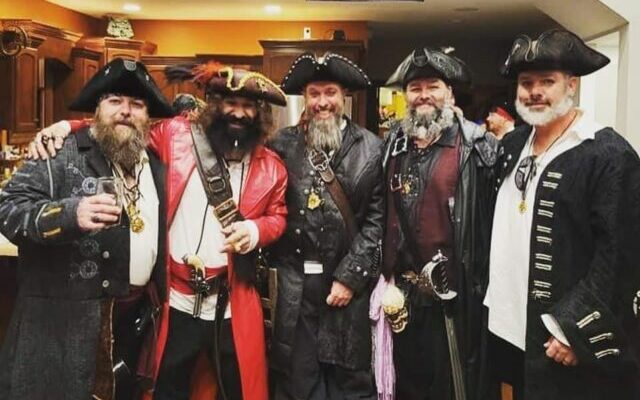 Tomorrow’s the big night! I know they’ve been doing this for a few years, but it will be my first Pirates of the Canal Pub Crawl in Lemont.

I met this batch of swashbucklers at a recent Joliet Slammers game. We got to talking and I was hooked. It not only sounds like a blast, but it’s all for a great cause!

These guys not only know how to have fun, but the money raised will be donated to local charities in honor of a friend of the organizers.

Thre are 14 bars in a 3 block area of historic downtown Lemont. We dress as pirates while we raise money for local charities. There will be live bands playing at different bars, raffles and give aways.
As we raid Lemont’s pubs, each pub has a collection treasure chest, we try to stuff the chests through out the evening for the local charities like Hope and friendship Ministries, TLC Homer Glen, Ruby Whiskers Animal Rescue, K9s for Veterans, the Lemont Food Pantry, and Police and Fire Benevolence Associations.
Join me! We’ll see you at the Lemont VFW at 6:30…then…we RAID!