They May Have Found a Fifth Force of Nature…in Batavia. 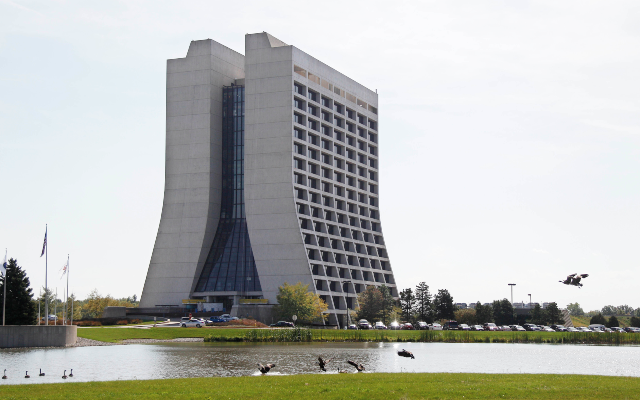 Sometimes I forget the incredible scope of scientific discovery that happens in our own backyard. At Argonne National Laboratory in Lemont, they are a world leader in computing, energy and biological/environmental studies, pushing the entire world into the future.

In Batavia, Fermilab houses particle accelerators that push the bounds of what we as humans know about physics. And looky here…they may have just found a brand new force of nature previously unknown to mankind. Physicists in Batavia now think there could be a FIFTH force of nature we don’t know about.

The four we know are gravity, electromagnetism, the “strong force,” and the “weak force.”  But scientists have been watching how particles called “muons” behave.  (Pronounced MYOO-ons.)  And current physics can’t explain it.

Apparently, in my very basic understanding, particles vibrate at very predictable rate when inside magnetic fields. Well, these tiny little muon characters are vibrating at rates that were not expected. That means there are force at work that science can not explain.

This is such an impactful possibility, it’s getting worldwide attention. Instead of me sitting here trying to pretend what that I know what the hell any of this means, you can read any one of these articles. I may not exactly know what’s going on…but I know it’s exciting!

We've known about muons for a while. They're fundamental particles – like chonky electrons. Muon g-2 studies how they behave in a magnet. Muons are doing something we didn't predict, possibly because they are interacting with something unexpected, like a new particle or force. pic.twitter.com/WMDeQDuspz

BREAKING: Evidence from Fermilab for extra particles in the universe beyond the ones known in the standard model. The observations are based on particles called muons, cousins to electrons, and how their spins wobble in a magnetic field. https://t.co/foo4dc0Utj

Meet muons — tiny subatomic particles that indicate there could be a fifth fundamental force of naturehttps://t.co/2nbs7nZ1GO

What’s a muon you say?

“Muons are an unlikely particle to hold center stage in physics….they whiz around the nuclei of atoms; they have a negative electrical charge, and they have a property called spin, which makes them behave like tiny magnets.” https://t.co/AmD0WSgH64

‘Strong’ evidence found for a new force of nature https://t.co/uVOBv2fZZv