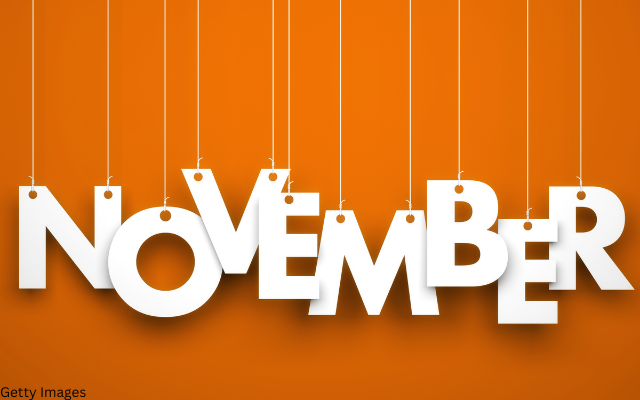 Time to get your schedule set for November and there is a ton to look forward to…check it out.

New day, new month!  Here are a few things to look forward to in November . . .

1.  The biggest shopping days of the year are coming up.  Black Friday is November 25th, and Cyber Monday is the 28th.

2.  In movies:  “Weird:  The Al Yankovic Story” with Daniel Radcliffe hits the Roku Channel this Friday

. . . Ryan Reynolds and Will Ferrell star in Apple’s musical version of “A Christmas Carol” called “Spirited”, also on the 18th

3.  On TV:  Season five of “The Crown” premieres on the 9th on Netflix

. . . The Addams Family spin-off “Wednesday” hits Netflix on the 23rd

. . . James Gunn’s “Guardians of the Galaxy Holiday Special” hits Disney+ on the 25th

. . . the Grammy nominees will be announced on the 15th