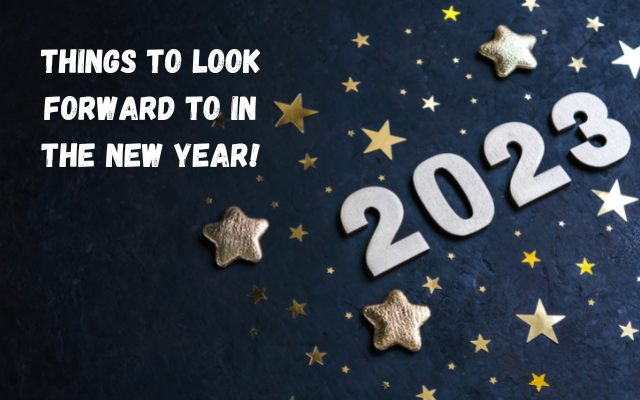 1.  Super Bowl 57 is set for February 12th.  We don’t know who’s playing in it yet, but we do know who’s performing.  Rihanna fans are excited.  It’ll be her first live performance in five years.  (Here are more events to look forward to.)

2.  In other sports:  The Women’s World Cup is happening this summer in New Zealand and Australia.  And Major League Baseball will have some new rules when the season starts in late-March, including banning “the shift.”

3.  New gadgets:  Apple and Samsung both have phones coming, and it might be a big year for virtual reality.  A new Meta Quest 3 headset from Oculus is coming this fall . . . PlayStation has a new one too . . . and Apple is supposed to unveil its first VR headset sometime this year.

4.  In other nerd news:  A solar eclipse is coming on October 14th.  Parts of Oregon, Nevada, Utah, Arizona, New Mexico, and Texas will see the full thing.  Everyone else will get a partial eclipse.

5.  If you care about the Royals, King Charles’s coronation is set for May 6th.  So expect lots of pomp and circumstance for that.