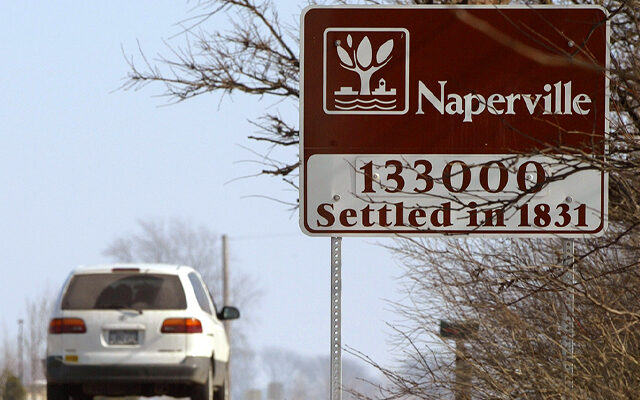 I have to tell you about a few new businesses in Naperville that have me really, really pumped!

The first is a really cool diner concept that is owned by a Vietnam veteran. It’s called Rosie’s Home Cooking, named after Rosie the Riveter. It’s owned by US Marine Lynn Lowder (love that name!) as a way to honor not only servicepeople, but everyone who is going through a tough spot in their lives. Here’s what Lynn had to tell NCTV 17 during a profile piece they did, which you can watch below.

“What we’re looking to do here is to have a home diner where people can be fed well and served well, be taken care of,” said Rosie’s Home Cookin’ Owner and Operator Lynn Lowder. “I tell people, our staff, that my belief is basically everybody that comes through that door behind you there, to this place, is dealing with something in their lives. So if they can come here and have that kind of a start for the day, then maybe the rest of the day can be a little bit better.”

Lynn seems like THE MAN, and I can’t wait to try some of his food. They’ve been opened for just a few months. They are located in the old Dominick’s shopping center at North Aurora Road and Ogden.

The diner is open from 7 am to 2 pm, Tuesday through Sunday.

The other business that caught my attention is a brewery opening in Downtown Naperville (about time!). Miskatonic Brewing Company isn’t a new business. They’ve been in Darien for years, but their logo was just noticed adoring the windows at the building at Washington and Jackson downtown.

To the astute observer, this isn’t news. They have made quite a few subtle announcements over the last few months, but only on their Facebook and Instagram stories. It’s finally started to gain a bit of traction, and by the sounds of it, it will be a great place! They mentioned in social media comments the space will be a taproom, restaurant and a small research and development brewing space.

Speaking of beer in Naperville, Go Brewing just opened not too long ago! Unlike your traditional brewery, Go Brewing specializes in non-alcoholic and low ABV beers! I love having this option available to me, especially with the holidays coming around! Sometimes you want to enjoy a brew, but also have to drive home and make smart decisions. Go Brewing, the state’s first NA brewery, can make that decision easier! I had a chance to speak with the owner Joe Chura about that a few months back.

They are located in the old 2 Fools Cider location near Solemn Oath Brewing on Quincy off of Ogden.

Early Voting And Vote By Mail Up In Illinois