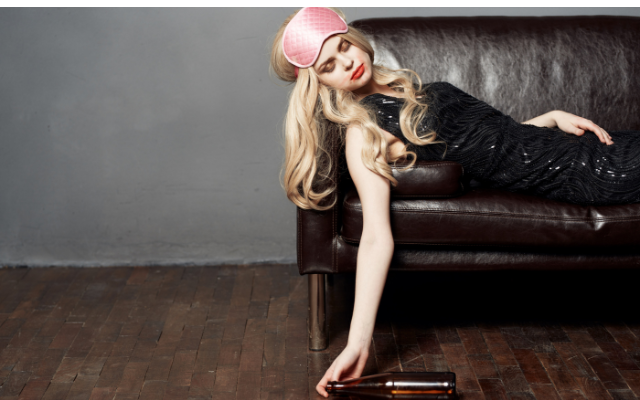 Were you hung over on yesterday because you drank too much watching football? Here’s some helpful advice from TikTok: To cure your hangover . . . just dunk your face in ICE WATER over and over again!

People have been claiming it can instantly cure a hangover. So a doctor recently weighed in, and there actually IS some science behind it. (Here’s the video.)

It activates something called the “diver’s reflex” that can snap you out of feeling like crap, because it tells your body to send more oxygen to your vital organs. It’s also the same reflex that makes babies hold their breath underwater.

@drchrispharmd #duet with @ashyizzle #hangovercure How to use the ice bowl method to activate the diver’s reflex for hangovers. Put your face in a bowl of ice water, let the water hit your nostrils, and hold your face in the water for 5-10 seconds up to 3x. This will activate the diver’s reflex and help with nausea. Its also great for anxiety, migraines, and your skin care routine. #icebowl #icebowlchallenge #hangover #hungover #hangovercures #hangoverremedies #hangoverremedy #bettermorning #nohangover #moscowmule #tequilasunrise ♬ Funny Song – Cavendish Music

“Cure” might be too strong of a word though. The same hack made the rounds a while back, and it sounds like the effect is very temporary. That’s what experts say, and what we’ve seen in videos.

If you want to try it, just fill a bowl with ice water . . . dunk your entire face in it for 10 seconds . . . and repeat it two more times. Most people immediately say it worked, and then say never mind.

I don’t know…kinda sounds like a great way to PRANK someone who’s hung over to me!