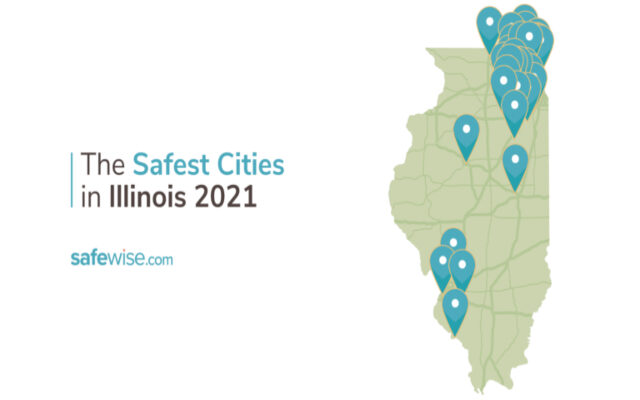 There is a lot to worry about nowadays, but if you live in Campton Hills or Elburn, crime isn’t one of them.

The website SafeWise.com put together their annual list of Illinois’s safest cities, using FBI crime data, population demographics, and their own research.

With a population of just over 11,000, Campton Hills — located adjacent to St. Charles to the west, was declared as the Land of Lincoln’s safest city. No stranger to the top of this list, Campton Hills claims the top spot for the third year in a row with a violent crime rate of just 0.1 and a 0.6 property crime rate.

Elburn, just to the south of Campton Hills, ranked 5th on the list!

When you break out the larger towns, Palatine comes in as the safest city with over 35,000 people! Here’s how the bigger towns shake out:

As far as some other local cities:

Naperville is not listed in the rankings. I suspect it’s because of a lack of reporting the data to the FBI, which is what was used to calculate data.

See if your city made the full list.
Confused at how they came up with this? Here is their methodology.