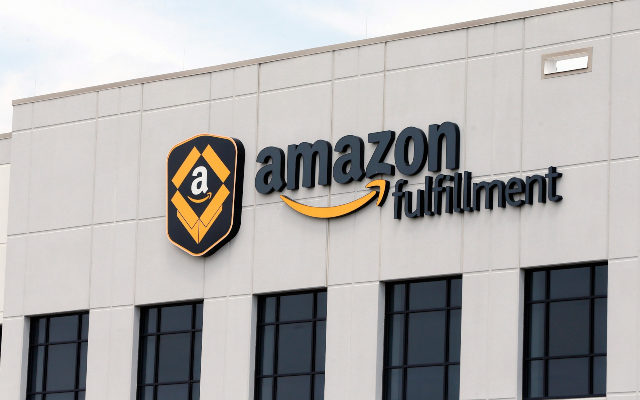 Workers at an Amazon Fulfillment warehouse, shown Monday, July 8, 2019 in Shakopee, Minn., say they’ll hit the online retail and entertainment giant with a brief strike next Monday. They’re targeting “Prime Day” _ one of Amazon’s biggest days of the year _ in a continuing push to improve pay and working conditions for the facility’s heavily East African workforce. (AP Photo/Jim Mone)

Amazon has been building warehouses and distribution centers all across the country, and most municipalities have welcomed them — and their money.

Mayor Rodger Claar has been an outspoken critic of Amazon, at least in how they fit into the fabric of the community he oversees. So, what’s the issue? Mayor Claar explained when he was invited to talk about it on Fox News a few days ago.

Summerizing, it seems the biggest issues are the building is too big, tall and ugly for the location, the traffic would be too much for that already busy intersection, and the jobs aren’t of the quality that would make the other issues worth it; he said there are already thousands of jobs just like the ones Amazon are proposing.

I have to say, the issues he raises are good ones! It doesn’t sound like he’s opposed to Amazon, he’s just opposed to the manner in which Amazon wants to build in Bolingbrook specifically. It also sounds like the strongest card in the mayor’s deck is that the land Amazon has already purchased for over $50M is not zoned for what Amazon wants to do. The battle continues.

I’m curious what you think! Let us know!