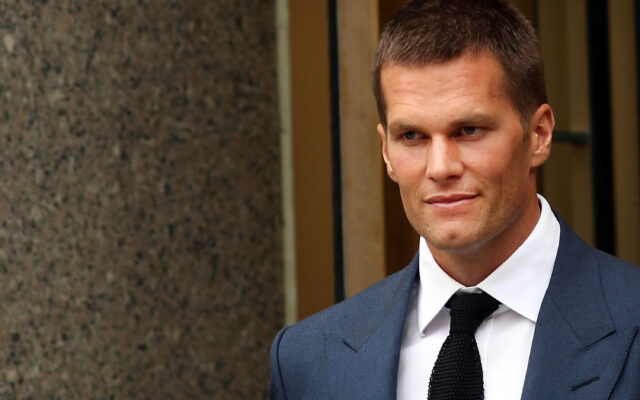 NEW YORK, NY - AUGUST 31: Quarterback Tom Brady of the New England Patriots leaves federal court after contesting his four game suspension with the NFL on August 31, 2015 in New York City. U.S. District Judge Richard Berman had required NFL commissioner Roger Goodell and Brady to be present in court when the NFL and NFL Players Association reconvened their dispute over Brady's four-game Deflategate suspension. The two sides failed to reach an agreement to their seven-month standoff. (Photo by Spencer Platt/Getty Images)

Maybe Tom Brady has a few good years left in him after all.

The Buccaneers quarterback shows off his bewilderingly accurate passing skills in a video he uploaded to Twitter over the weekend. The clip shows Brady hurling a football at a Jugs machine, which is a practicing device that — when hit by on target — spits the football back in the player’s direction. In each of several throws, Brady nails the Jugs machine so accurately that it tosses the ball right back into his hands every time.

In fact, the pre-season demonstration — which amassed more than 10 million views in just 24 hours — is so impressive that it’s left a number of Twitter users wondering if it was faked.

One person writes, “I’m fooled by the Internet a lot. Is this real?” Another comments, “Half of me thinks this is CGi, while the other half thinks this is what he does for a living.”