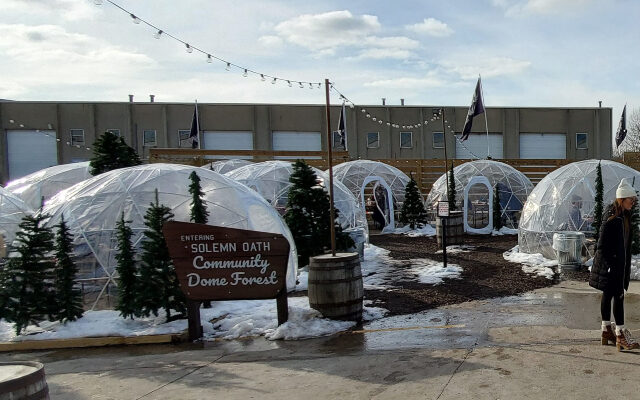 A producers dream: to get your product on the shelves at Wal-Mart. I get it…Wal-Mart is kind of the antithesis of everything that “buy local” stands for. And yes, option A should always be to go to the source to get the beer you want, especially with the volume of options we have in our back yard.

Nonetheless, this is a good thing. Spreading the message of Naperville’s Solemn Oath and the beer they brewed to support a cause they feel strongly about. I won’t dog on that.

Black is Beautiful is a stout with a purpose. The recipe and label were created by a black-owned brewery in San Antonio called Weathered Souls back in May of 2020. After making it, and donating proceeds to charity, they released the recipe and label publicly and allowed other breweries to brew it and release it so long as they committed to donating a portion of their proceeds as well.

The initiative took off! There are over 1,200 brewery in all 50 states and 22 countries who have committed to the Black is Beautiful beer project, including 30+ in the Chicago area alone. One of them is Solemn Oath, who’s version of the beer you will soon be able to grab at a Wal-Mart near you.

SO is one of eight regional breweries around the country that Wal-Mart will partner with to stock their shelves. You can read more about the Wal-Mart deal here.

Hey, that’s great! But I’d still recommend going to the brewery itself, or trying one from a brewery near you! Wide distribution is great…but keeping it local is better if you have the ability.