We Finally have a Female as the GM of a Major Sports Franchise, And She Started in Chicago 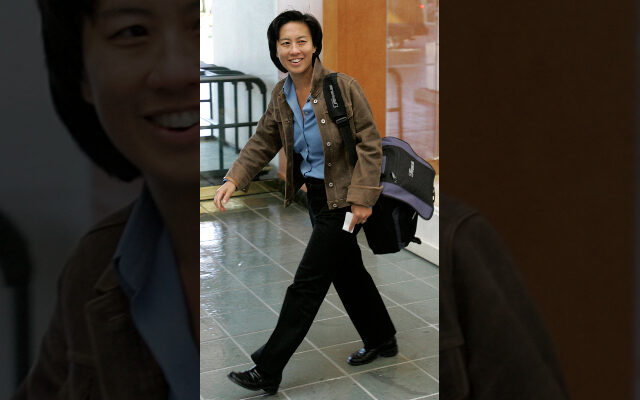 There is finally a woman leading a major sports franchise!

Making history by bringing a lifetime of excellence, Kim Ng steps to the helm as GM. #JuntosMiami pic.twitter.com/UrYESbjTHe

Kim Ng in an Indianapolis native, but she started her career as an intern with the Chicago White Sox while she was a student at the University of Chicago where she played softball. She was brought into the organization full time in 1991 as a special projects analyst. There began her climb.

In 1995, just four years into her stint with the Sox, she earned the role of Assistant Director of Baseball Operations under then-GM Ron Schueler.

She began to be noticed in front offices around the league. She was recruited by Brian Cashman to become the Asst. GM of the New York Yankees in 1998, becoming the youngest AGM and only fourth female in that role.

In 2005 she was consdered for the job of General Manager of the LA Dodgers but lost the job to Ned Colletti, who actually kept her on his staff as assistant. Since then, she’s been a GM prospect many times for the Mariners, Padres, Angels and Giants, being turned down each time. She would move to the MLB main offices as the Sr. VP of Baseball Ops.

Then today…a big day for females in sports…she was hired as the first ever female General Manager in major sports history, being hired by former Yankee Derek Jeter to take the reins of the Miami Marlins.

Here in Joliet we have our own female General Manager: Heather Mills who runs the Joliet Slammers. Her post today:

Happy tears and dancing with joy. As a female wanting to work in baseball, Kim Ng was the person I looked at early in my career and I’ve followed her career for years. I’ve been waiting 20 years to hear this news. I am so happy for her!!!!

To say this is a big deal is an understatement. To say it’s a marketing hire is ludicrous.

Kim Ng is overly qualified for this job. She had to be. But my God she’s done it. She’s shattered the highest glass ceiling in sports and oh my god what a glorious day. I am so happy. https://t.co/xHzTf0lIvy

Let’s be perfectly clear here. Kim Ng has been among the most qualified GM candidates for the past two decades. She has always been capable of running a Major League team. This isn’t a risky hire — it’s a smart one, by a team that obviously wants to win a World Series.

Forget just baseball. A woman never has been the general manager of a major American professional sports team period until Kim Ng was hired by the Miami Marlins today. Their COO is Caroline O’Connor. The Marlins’ three highest-ranking officials are two women and an ex-shortstop.

I hope people understand how big Kim Ng RUNNING A TEAM IS. Of the four major men’s sports, MLB is still very much the old boys club at the upper echelon.

Ng isn’t just a female or Asian-American. She’s a badass who has been qualified for this job for quite some time.

Kim Ng has 3 World Series rings. She made 8 postseason appearances as an executive. She was assistant GM of the #Yankees and #Dodgers, then spent a decade in the Commissioner’s office. Objectively speaking, she has one of the greatest résumés of any first-time GM in @MLB history.

Congrats to Kim Ng, and all the females that aspire to knock down walls!