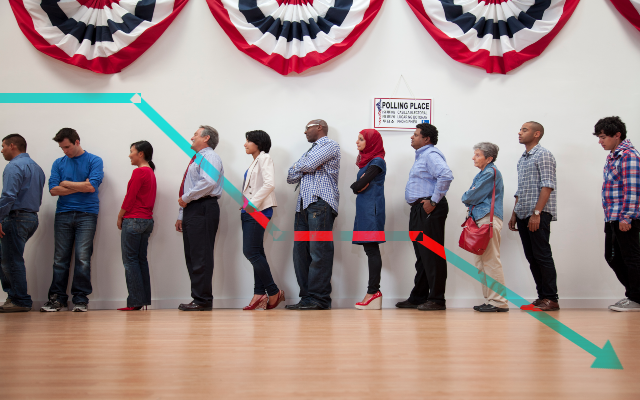 Personally, I will never really understand why voter turnout is so low for local elections. I suppose it’s emotional…we don’t get as fired up for who runs for mayor or school board as much as we do for President because we don’t see them constantly bickering in the press, on debate stages or in social media. All of that mud slinging tends to push us out to the polls, and you just don’t see any of that (for the most part) in local elections. It’s just not as sexy. I get it.

Maybe it’s just because we don’t know much about our neighbors who decided to run for local office. We have compaign spots running on the radio all the time, but there just isn’t the same amount of money invested in these elections, which means not as many ads in the high traffic places (your TV and digital devices), which means we aren’t being reminded as often about the election at hand.

But man…with everything I see on social media about the shape of our roads, how our schools are run, local taxes…you’d figure more people would like to have a voice in who makes those types of decisions that most directly affect our daily lives.

Voter turn out was better this year than in the last consolidated election…but my oh my, it’s still quite low.

In Will County, 15.8% of registered voters turned in a ballot. The Bolingbrook area had the most with around 22% in the various precincts.

In DuPage County, there were roughly the same numbers. A total of 15.6% of voters voted. Precinct York 124 in the Oak Brook area had the highest turnout at 50% of their 404 voters.

In Kane County, just 11% of voters decided to cast a ballot. 11%. The Aurora precinct called W10P01 (the Kane County website doesn’t make it clear where exactly it’s located) led the way with about 40.7% turnout.

In suburban Cook County, residents went to the polls at a 14.7% clip.