What Do You Think About the New Amazon Grocery Store Coming to Naperville? 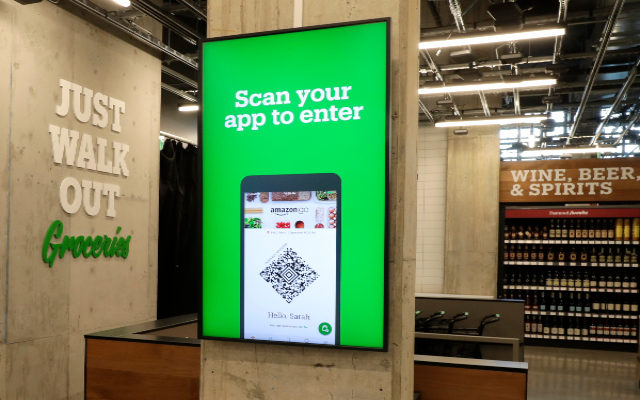 So I’m working on getting an interview with someone from Naperville City Hall to get some of the details, but this sounds like a great addition to south Naperville!

According to the Chicago Tribune, Amazon has applied for a liquor license for the space previously filled by Dominick’s at the corner of Rt. 59 and 95th St (3116 Rt. 59, to be exact).

I’m not exactly sure what the exact concept will be, but Amazon has been opening these high-tech cashierless stores across the country. Most are small, convenience store-sized places (there are a bunch in downtown Chicago), but they did just open a large scale operation in Seattle. The Amazon Go Grocery store in Seattle is just over 10,000 sq. feet. The space in Naperville is about three times that!

In these cashierless Amazon Go grocery stores, customers scan their Amazon app when they walk in. Then cameras catch the items you put in your cart (or return to the shelves), and you are charged the proper amount on the credit card you have registered with Amazon.

Amazon also plans to open a grocery store in L.A., but it WON’T be the cashierless variety.

We’re not exactly sure which version Naperville is getting, but Mayor Steve Cherico did say this in the Tribune article:

“This is very exciting that Amazon has chosen Naperville to locate one of their new concepts,” Chirico said. “We’re looking forward to working with them.”

Not sure what that exactly means, but I’m trying to find out!

Sure, Amazon isn’t exactly a “local business,” but it sure beats an empty building, and that is something to be excited about.