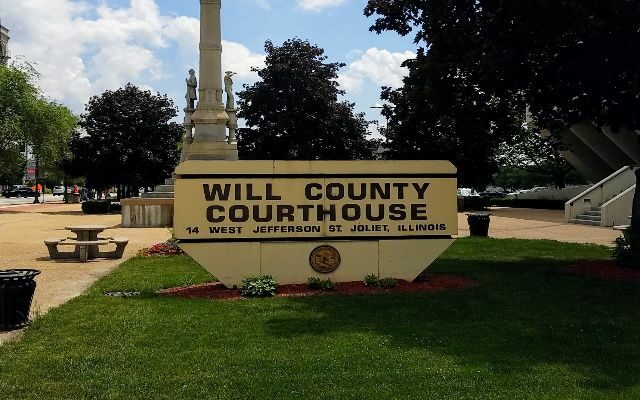 Earlier this week a majority of the suburban county sheriffs released statements about the “Protect Illinois Communities Act” which banned the sale of certain types of firearms and accessories, among other things.

Sheriffs from DeKalb, DuPage, Kendall, and Kane Counties all released statements in recent days, which you can read here. Absent from those statements were the thoughts of Will County Sheriff Mike Kelley.

Earlier today though, via the office’s social media platforms, he did release a statement regarding HB 5471. Here it is, in it’s entirety.

A LETTER FROM SHERIFF MIKE KELLEY

January 13, 2023
Since the passing of Illinois House Bill 5471, also known as the Protect Illinois Communities Act, the Will County Sheriff’s Office has been inundated with various questions from the public regarding the recent passing of this Illinois Bill into law.
As your elected Sheriff, it is the responsibility of myself and Will County Sheriff’s Office deputies to protect all the citizens of Will County and safeguard their rights. The oath of safeguarding rights and protecting and serving our communities is something that we take very seriously.
As this bill was signed into law, it essentially bans the sale of different types of firearms, certain types of magazines, and firearm accessories to most citizens. It also requires existing owners of these banned firearms to register their ownership with the Illinois State Police sometime in 2024.
When I was elected Sheriff and sworn into office, I took an oath to protect the rights afforded to all citizens under the United States Constitution. One of those rights is “the right of the people to keep and bear arms, shall not be infringed” provided under the 2nd Amendment. The right to keep and bear arms for the defense of life, liberty, and property is regarded as an inalienable right by the people.
While I support gun legislation being created to increase the safety in our communities, I do not believe HB 5471 will accomplish this goal. I do believe that this bill may infringe on the constitutional rights of law-abiding citizens, and that this bill disarms those law-abiding citizens that I have been sworn to protect. The constitutionality of HB 5471 will most certainly be challenged in court, and I look forward to the court ruling in order to help clarify the many unanswered questions that we all have.
I understand there will be questions and concerns regarding the passing of this recent bill from the citizens of Will County. The Will County Sheriff’s Office is working with various law enforcement partners and organizations to determine and address the full ramifications of this legislation and address it appropriately. Attached, is my official statement on letterhead.
Respectfully,