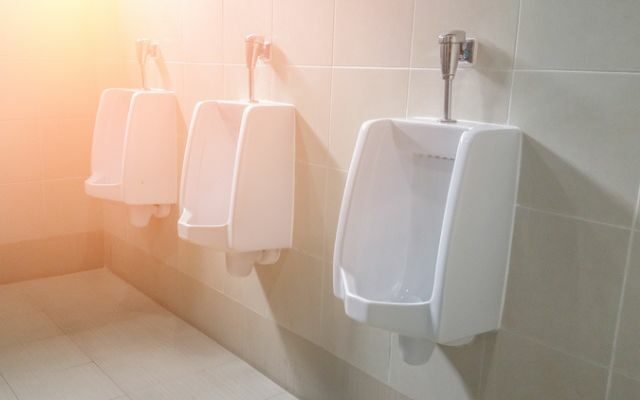 I read this story and thought, it sounds like what they put in the urinals at airports.  Talk about “splash back.”  Why can’t they invent something that has no splash back?  Read on!

Last month, we heard that scientists have designed a urinal that drastically reduces splashing . . . but there are other cases that could benefit from an INCREASE in splashing.

The Westminster neighborhood in London has been struggling with people relieving themselves on city streets . . . and they’re fighting back, big-time.

They’re painting walls and other surfaces with a special kind of paint, which actually causes a stream to SPLASH BACK on the person when they pee on it.  The idea is to deter public urination . . . by SOAKING the person.

They’ve also added posters with a QR code to help people find their nearest public restroom, and to remind them that public urination is illegal.  They’re adding more public toilets . . . and there will be a focus on fining people who are caught.

(Back in 2015, San Francisco was trying something like this.  It’s unclear if this is the same splash-back paint or a different technology.  Here’s a video from back when SF was doing it.)