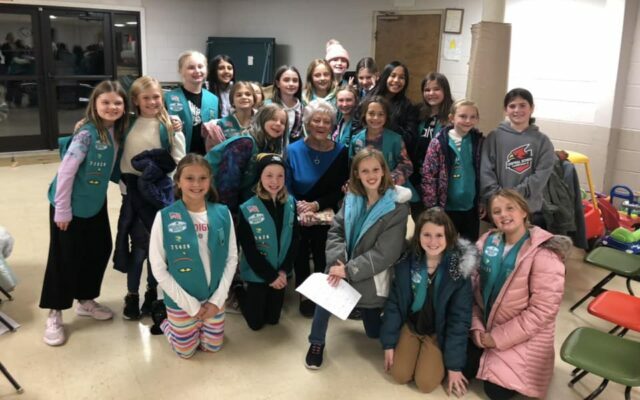 This is one of those stories that just replenishes your faith in humanity and makes you feel good!

Recently, a woman named Barb Muller Buschman was invited to speak to a Girl Scout troop in my old hometown of Lemont. Barb is pretty well known in the community. She was the first female to ever run for mayor. She sits on many local boards. She helped edit a book on the town’s history. And she’s one of the longest serving elected officials, currently holding the office of Township Clerk. Oh…and she used be be a girl scout leader in the 70s, and a scout herself in the 40s!

You might be thinking that a bunch of pre-teen girls wouldn’t be too interested in listening to a government employee give a speech. I sure thought that. But, we are wrong!

According to one of the girl scout’s mothers, the young girls were hanging on every word as Barb spoke on being a “change maker” and persevering even when others say “a girl can’t do that.”

The girl scouts wanted to take pictures with Barb, and even asked for her autograph!

Now that is making a difference in your community!

If you have a story that should be featured on Happy Hour, let Nick know by filling out the form!