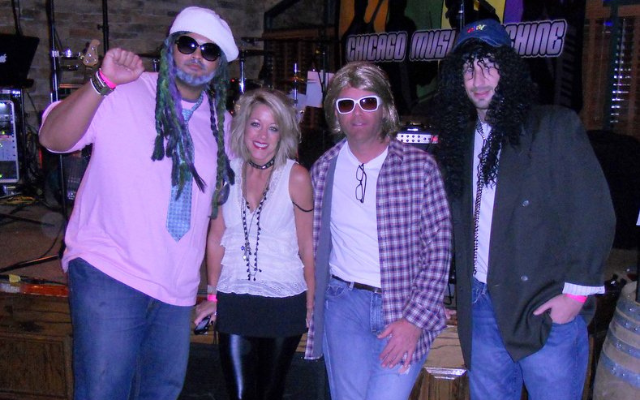 I have never been great at selecting costumes for Halloween except for one year when the radio station had a Halloween Party for listeners.  My wife Susie and I were dressed at Kurt Cobain and Courtney Love.  Here are some Fake Halloween costumes that could be fun…maybe?

Basically, someone took a photo of a real Spirit Halloween costume in its packaging . . . Photoshopped out all the details . . . and challenged people to come up with their own costume ideas.

Some have been a little mean-spirited, and others are just dumb.  But here are a few we liked . . .

2.  Grandma.  It comes with back pain, a comfy sweater, and expired milk.

4.  Unprepared Hiker.  It comes with a t-shirt, flip flops, a sunburn, and an empty energy drink . . . “Sense of direction not included.”  The Washington State Department of Natural Resources did that one.

5.  Job Recruiter Who Ghosted You.  It comes complete with a “We’ve solved this internally” smirk.

6.  Conservative Guy Who’s Scared of Cities.  Jeans and a patriotic Nine Line t-shirt with American flags on it.

7.  Kanye West.  Just a picture of a bag filled with garbage.

8.  A costume for guys called 5-Foot-11 Twitch Streamer.  It comes with a gold chain, a tripod, and an angry forehead vein.

9.  A costume for women called Influencer from Upper Class Background.  It comes with three crop tops and a degree from NYU.

10.  (ADULTS) Another one for women called A Damn Fine Friday Night.  It comes with a Snuggie, a cat, a bottle of wine, and a vibrating love toy.

11.  Professional Screenwriter.  Just a robe and a cup of coffee.

12.  Children’s Librarian.  Comes with a puppet, a pound of glitter, and, quote, “the energy of a toddler.”  The Anaheim Public Library system tweeted that one.

13.  Enthusiastic Fitbit Owner Hitting 10,000 Steps. It comes with a Fitbit and positive energy.  That one came directly from Fitbit.

15.  And finally, Radio Host.  Comes with a dash of narcissism . . . three other part-time jobs . . . and a post from ten years ago with a celebrity who just died.  (Props to our friend Michele Amabile at 107.1 in New Jersey for that one!)

By the way, Spirit Halloween responded to the trend this week after someone did a lame one that just said “Gay Guy”.  They clarified it was NOT real and said their “review team” would look into it.

They don’t seem too upset about the trend itself though, because THEY even got in on the action with a fake costume called Spirit Halloween Store.

It comes with a store sign for “the abandoned building you take over” and, quote, “the will to exist for only three months.”