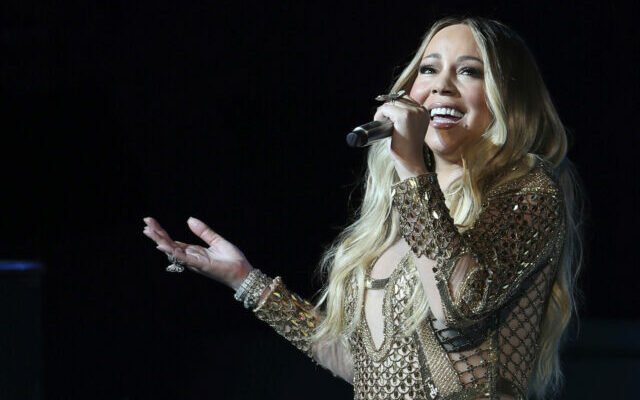 FILE - Mariah Carey performs during a concert celebrating Dubai Expo 2020 One Year to Go in Dubai, United Arab Emirates on Oct. 20, 2019. Carey, Metallica and The Jonas Brothers will headline a free concert in New York’s Central Park to mark the 10th anniversary of the Global Citizen Festival on Sept. 24. (AP Photo/Kamran Jebreili, File)

Mariah Carey is going to release the alternative rock album she recorded in 1995. And yes, this is a REAL thing.

Mariah recorded the album at the same time she was making her 1995 album “Daydream”.

It was called “Someone’s Ugly Daughter”, and Mariah’s label refused to release it. So, Mariah brought in a friend named Clarissa Dane to re-record the lead vocals, leaving Mariah’s voice on the backing vocals, and it was released under the band name Chick. It died a pretty quick death and was mostly forgotten about.

But Mariah recently located the original version with HER vocals, and she plans on sharing it with the world. There’s no word when yet.

You can read more about the album here.