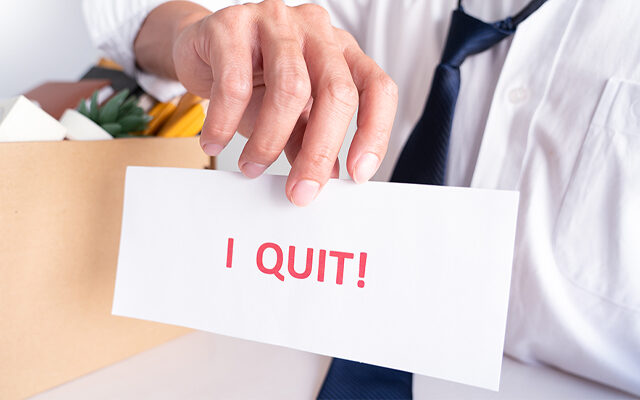 Well now this is different! Having been fired as many times as I have, I didn’t have many opportunities to actually quit a job. There were a couple of times like once when my boss called me in and said “this isn’t working out so we’re going to let you go”. I said “No that’s not how this is gonna go”. He had a odd look on his face. I told him instead “I quit, I’m going down the street and I’m gonna kick your ass on the air”. And that’s just exactly what happened. I’d been hired away by another station. So sweet!! But now there’s this whole new thing called :”Quiet Quitting”. Don’t ask me. Read about it below and then maybe you can explain it to me!!