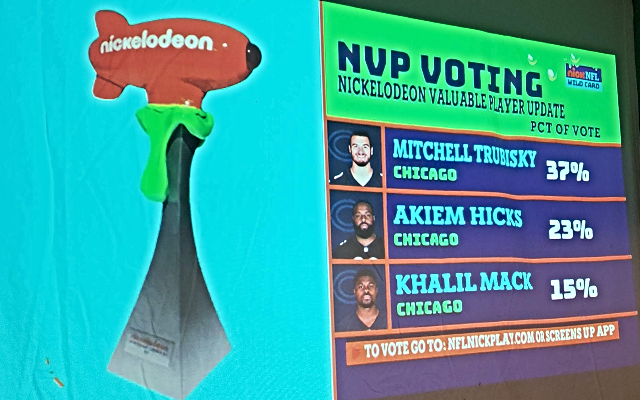 If you grew up in the ’80s and/or ’90s as I did, or had kids that age, you might have fond memories of Nickelodeon’s TV heyday.

MentalFloss.com has a list of 25 “fun facts” about that glorious time, and there’s a decent chance you haven’t heard most of them.  Here are 10 highlights:

2.  The creators of the movie “Ghostbusters” tried to sue for stealing the idea of green slime.  They dropped the lawsuit when the host of Nickelodeon’s “You Can’t Do That on Television” pointed out that he’d been sliming kids since 1979, so “Ghostbusters” could’ve stolen the idea from HIM

3.  Because the hot lights on the set of “Double Dare” would actually COOK the Cream of Wheat, “Double Dare” made its slime with applesauce.

4.  All that green slime did NOT thrill “Double Dare” host Marc Summers.  He has OCD, and sometimes struggled with all the mess on the job.

5.  Casio once offered Nickelodeon $1 million to put its logo on the “Double Dare” clock.  Nickelodeon declined.

6.  On “Pete & Pete”, Little Pete’s signature red hunting cap was an homage to “The Catcher in the Rye’s” Holden Caulfield.

7.  There was almost a “Clarissa Explains It All” album.  The group was called Clarissa and the Straightjackets.  The first single was “This Is What Na-Na Means”.  (You can find the whole album, here.)

8.  Alex Mack of “The Secret World of Alex Mack” was first written as a male character.

9.  You probably have Geraldine Laybourne to thank for your favorite Nick show.  She ran Nickelodeon from 1980 to 1996, turning the lowest-rated cable network into #1.  She left for a job at . . . Disney.  She later co-founded Oxygen Media, and has been inducted into the Television Hall of Fame

10.  Laybourne was NOT a fan of “The Ren & Stimpy Show”, and didn’t think it should’ve been on Nickelodeon.

The crazy mind behind the show, John Kricfalusi, was fired during the second season due to “creative differences” and ongoing work disputes.  Nickelodeon produced the last three seasons without him.

Now…well, I can’t stand SpongeBob, so I’m out. But I’m more that down for more Nickelodeon-themed NFL football games!