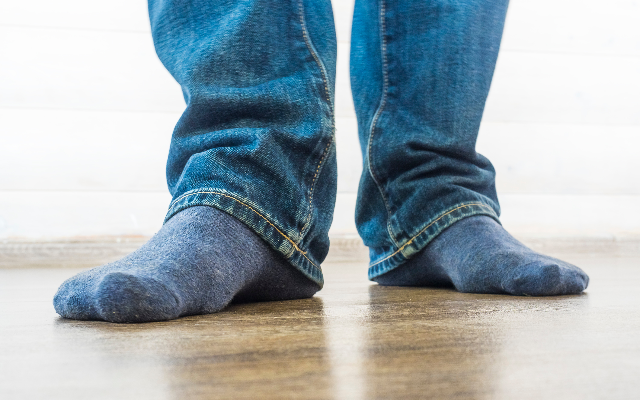 This is about the crazy thing I’ve seen and heard.  I couldn’t understand how that would work until I watched the TikTok video.  Visualizing it wasn’t my thing.  LOL

Have you heard of this trick before, and does it work for you?  There’s a TikTok “hack” going viral that’s supposed to tell you if a pair of jeans will fit or not, without having to try them on.

While they’re zipped up and buttoned, just take the waistband and wrap it around your NECK.  (???)

It’s not a new trick.  There are lots of posts about it online, and the “Today” show even covered it a few years ago.  But it’s going viral again after some influencer posted about it.  (Here’s the video.)

The basic idea is that the average person’s waist is twice the circumference of their neck.  Which might be true if you still fit into your jeans from HIGH SCHOOL.  But it doesn’t work for everyone.  They’re not pulling it out of nowhere though.  There’s an old saying that, “twice around the neck” equals “once around the waist.”  Also, twice around your WRIST is supposed to equal once around your neck. Those are just rules of thumb though.  So maybe just stop being lazy and try pants on before you buy them.