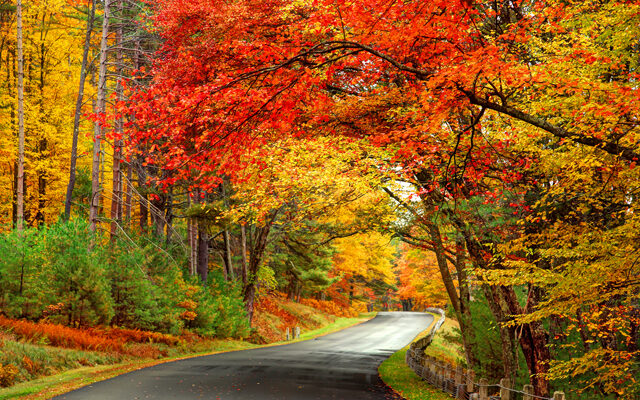 Summer is officially over. It’s the first full day of fall, since it technically started at 8:04 last night.

Here are a few quick stats and facts to help mark the changing of the seasons.

2. “Equinox” means “equal night.” But we don’t really get exactly 12 hours of daytime today, more like 12 hours, 10 minutes. There IS a day when it happens though, called the “equilux”. For us, that happens on the 25th.

3. The word “fall” comes from an old saying, the “fall of leaves.” A poet in England used it in the 1600s, and it caught on for a minute. Americans kept saying it and shortened it to “fall.” But most British people say “autumn” now.

4. Fall foliage is about to hit hard. The site SmokyMountains.com posts a map each year that shows when to expect it. Northern states should start to peak in early-to-mid October. A few southern states won’t peak until mid-November.

5. How many leaves fall every year? It’s impossible to know, but someone ballparked it anyway. 200 billion trees in the U.S. with 200,000 leaves each, so around 40 QUADRILLION leaves. That’s probably way off though!