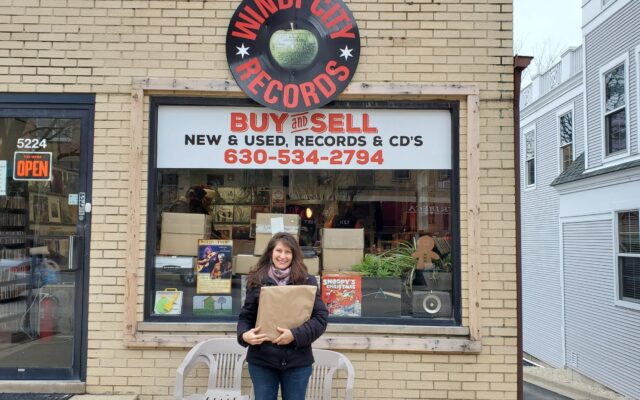 I made a trip to Windy City records in Downers Grove this morning. I was hoping to get some two copies of a vinyl record released by My Chemical Romance. Both of my kids are big fans of that band, so I was hoping to snag two copies of it, but Windy City had already sold out of it by the time I got there. I was also hoping to get a special Record Store Day release of Let it Bleed by The Rolling Stones. No luck there either but I still got some god stuff, like a special pressing of Exile on Main Street, and a picture disc of Joan Jett doing a 17 minute interview. They also still had a few copies of the 40th anniversary release of Boy by U2, as well as a RDS release  by David Gilmour and many other tidbits you might be interested in.

You still have time to check out the special Record Store Day releases by at your local record store. By the way, the next record store day will be in April of 2021.

What are your favorite locally owned record stores, and what are you hoping to find this record store day? Let me know in the comments.

And if you happen to come across those vinyl RSD releases by My Chemical Romance or The Rolling Stones, let me know!