Is This a Good Idea? 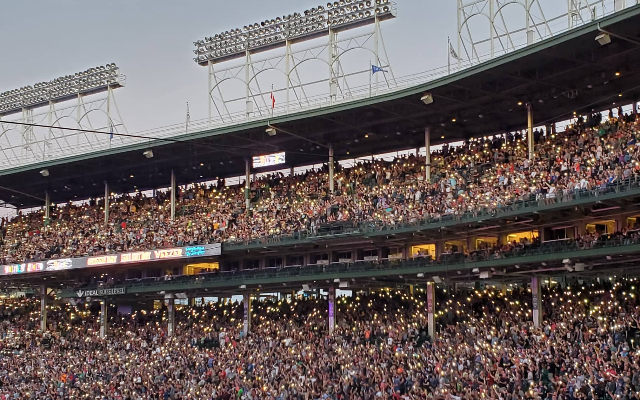 Hi, Leslie Harris here for Nick Jakusz. Saturday night, a friend and I traveled up to Milwaukee to see Dave Chapelle at Summerfest.

When we got to the stage where Dave was playing, everyone had to put their phones into locked cases. The only way we could unlock them during the show was to go to a special area that was far from the stage. After the show, we had to find someone with an unlocking device. Each phone only took a few seconds to unlock, so the process was quick.

I will admit, I felt really lost without my phone, especially when we were waiting for the show to start, and during the opening acts which we weren’t crazy about. I was also curious to know what time it was, and how long did Dave perform, but I didn’t have a watch. I guess Dave does this because he doesn’t want people recording his show.

But I will tell you something, I probably paid more attention to his show then I would have had I had my phone.

So now I’m wondering if it would be a good idea for all concerts to impose this rule. I remember an Aerosmith show that I attended in 2012. I didn’t have a smartphone, but I had a digital camera. I took so many pictures that when the concert was over, I felt like I had missed it.

So if we had just surrender our phones, would we be more present to the music? (or other entertainers) More present to each other? My friend and I probably conversed more than we would have had we had our phone.

What do you think? Should we check our phones at concerts? What about restaurants? In schools and other classes? Let me know in the Facebook comments.