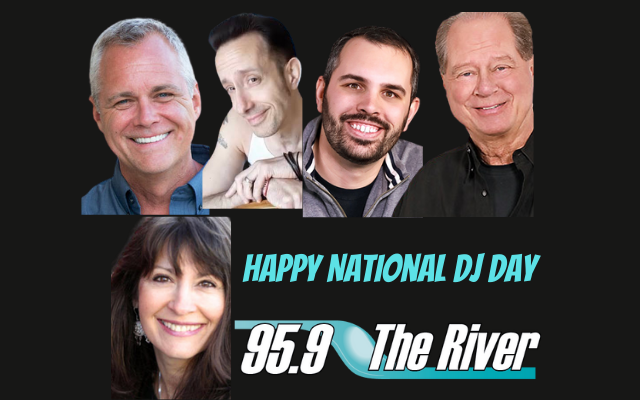 IF YOU GET A CHANCE, HEAD TO THE RIVER’S FACEBOOK PAGE AND TELL US THE DJ YOU LISTENED TO WHEN YOU WERE A TEEN! (REPLY TO THE POST)

A disc jockey, or DJ for short, is a person who plays recorded music either on the radio or at a club or event.

The first disc jockey was an experiment on the airwaves. In 1909, sixteen-year-old Ray Newby was a student under the supervision of Charles “Doc” Herrold at Herrold College of Engineering and Wireless. He played the first records over the airwaves before the word disc jockey even existed.

What started as an experiment from the Garden City Bank Building where the college was located in San Fernando, California, was soon being replicated by radio broadcasters across the country. Initially, Newby primarily broadcast his news, music, and entertainment live.

Today, contemporary DJs play music from vinyl to digital. Regardless of the medium they use, the term disc jockey still applies.