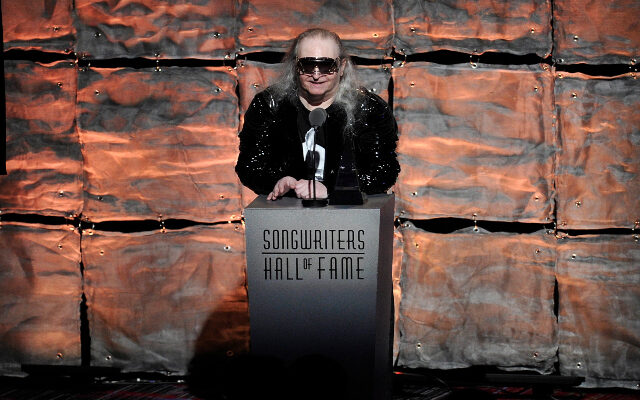 FILE - Inductee Jim Steinman speaks at the 2012 Songwriters Hall of Fame induction and awards gala in New York on June 14, 2012. Steinman, the Grammy-winning composer and playwright who wrote Meat Loaf's best-selling “Bat Out Of Hell" debut album as well as hits for Celine Dion, Air Supply and Bonnie Tyler, has died, at 73. Bill Steinman told The Associated Press that his brother died Monday from kidney failure and was ill for some time. (Photo by Evan Agostini/Invision, File)

Legendary songwriter JIM STEINMAN died on Monday.  There’s no official word on the cause of death, but it sounds like it was sudden.  There was an emergency call to his home early Sunday morning.  Jim was 73.

Jim had a stroke four years ago, and his health had been declining.  (Wikipedia says he died from kidney failure.)

He also wrote hit singles for other artists . . . like “It’s All Coming Back to Me Now” by Celine Dion, “Making Love Out of Nothing At All” by Air Supply, and Bonnie Tyler’s “Total Eclipse of the Heart”.

“Bat Out of Hell” took a while to catch on, but once it did, it blew up.  It sold tens of millions of copies, and is near the top of pretty much every list of best-selling albums.