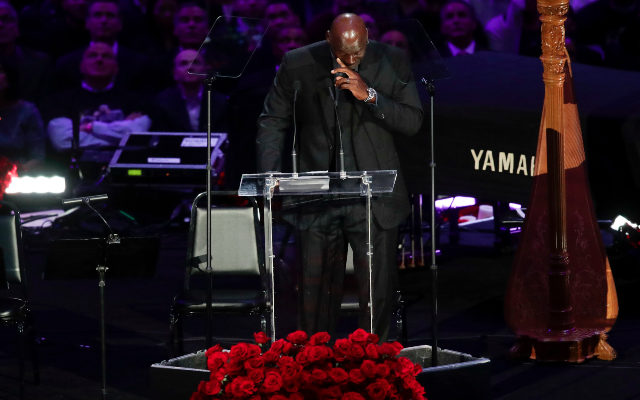 Michael Jordan has given some insight into what he and Kobe Bryant last chatted about before Kobe died.

In the texts, Kobe praised Jordan on his tequila and then asked about his family and how he was doing.

He also said that he sent a text to Kobe that said, “Happy holidays, and hope to catch up soon. Coach Kobe??!” Kobe responded with, “Ah, back at you, man. Hey, coach, I’m sitting on the bench right now, and we’re blowing this team out. 45-8.”

Jordan adds that he refuses to delete the text messages, and I feel him on that one! I still have my buddy Angelo’s phone number in my phone even though he passed away over 10 years ago. His Facebook page has turned in to a collection of memories and tributes that I do not believe will ever go away.

There are not many ways for meme mortals like you and I to relate to the GOAT, but if you’ve ever lost a friend, we can all relate to His Airness through this loss.